Arizona has long been known as one of the most gun-friendly states in the union, with a reputation as a place where the right to keep and bear arms is not only respected but celebrated. And where guns are concerned, it has been getting even friendlier over the past few years as conservative legislators pursue an agenda that pushes new boundaries for gun-owner rights. Marshal Hartford, a.k.a. Warren Waite on the range at the Tombstone Livery Stable during the 4th Annual High Noon shooting event. Single Action Shooting Society members adopt a shooting alias appropriate to a character or profession of the late 19th century and are required to compete with firearms typical of the Old West. The competition is timed. Shooters test their skills against steel targets set-up within a course of 12 stages. 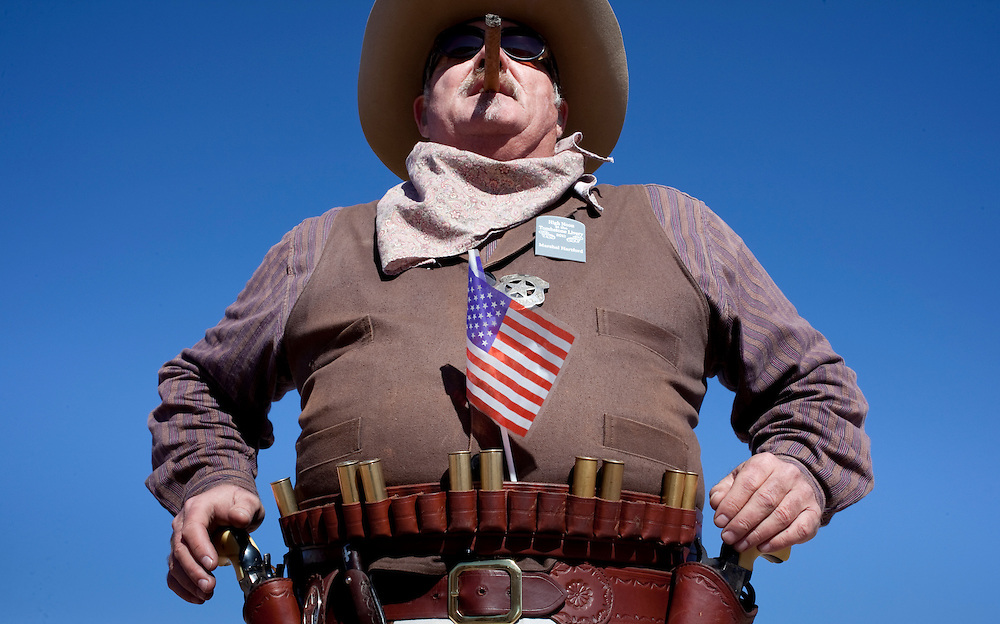