Ana Cerro logs in her data after counting lesser long-nosed bats (endangered) as they exit an abandoned mine on the Cabeza Prieta National Wildlife Refuge. Lesser long-nosed bats are migratory and spend their winters in Mexico, returning to Arizona as early as the second week in April. Nectar and pollen from the flowers of saguaro and organ pipe cactus are the core of the bat's diet in early summer. Later in the summer, as they move up in elevation, they feed on agave. Biologists and researchers working with species like bats, bees and snakes often struggle for resources and attention. Once a species is listed under the Endangered Species Act, those resources are more readily available, but by then, the species is also in deeper trouble. 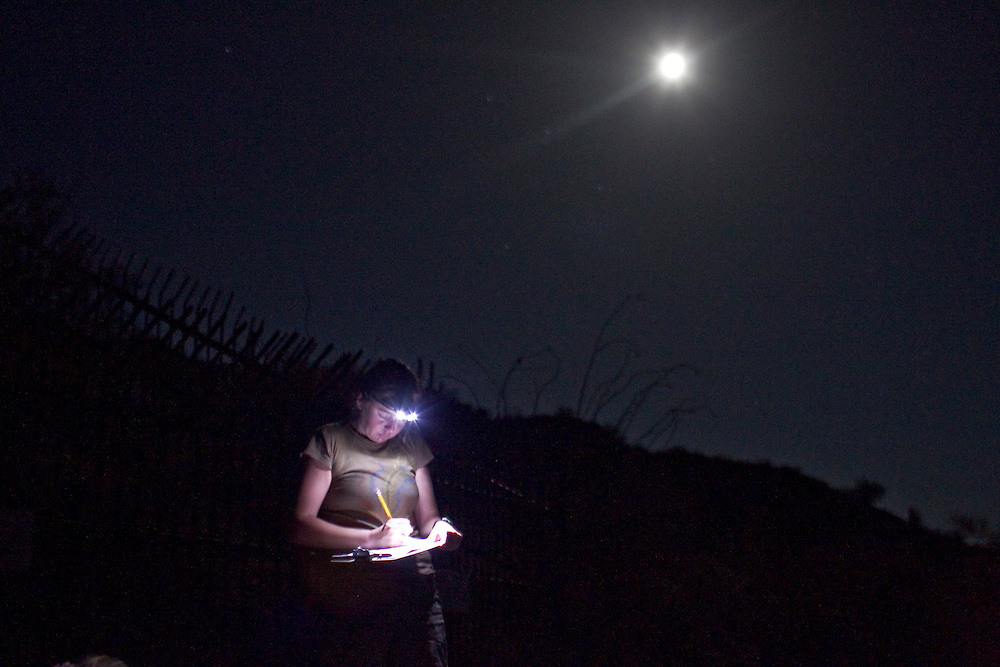