Ray Tanner (left) and his ranch hands brand calves on his Cross V Ranch. The Cross V is a safe haven for the Chiricahua Leopard Frog. The frogs were listed as threatened in 2002 under the Endangered Species Act, which meant Turner's pastures could be subject to limits on use and penalties if frogs died. He signed an agreement to set aside several small areas for frog habitat; in return, he wouldn't be cited if his operations accidentally killed a frog. 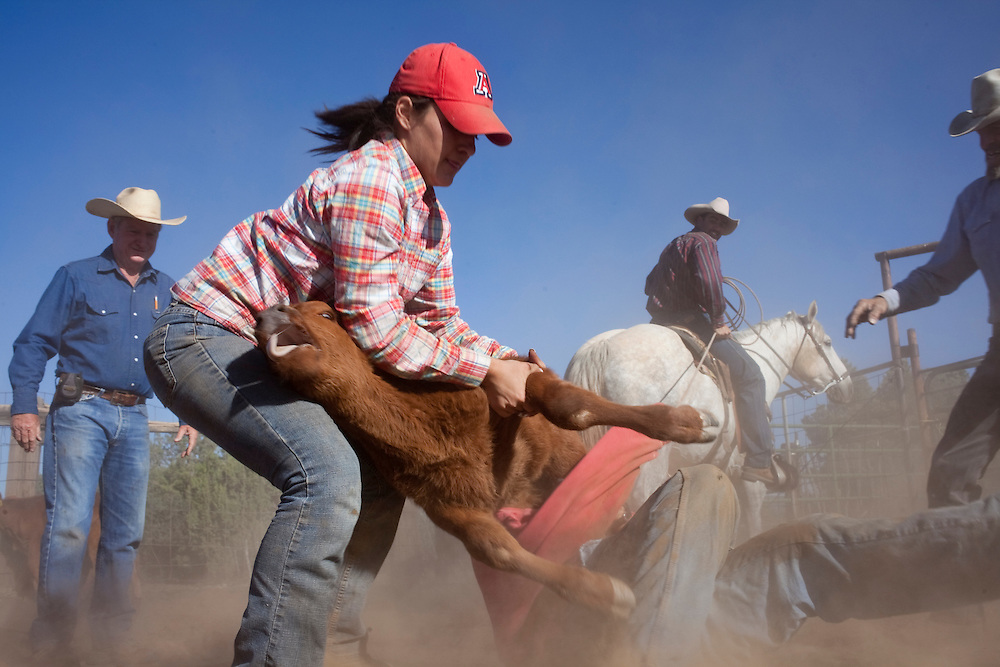