About 72 California condors, once wiped out in Arizona, now nest near the Grand Canyon and Vermilion Cliffs, few endangered species have required the attention and care the condors have. So far, the reintroduction program has proved successful. California Condor #70, an eight year-old male, soars near Navajo Bridge. "The recent historical range is not always the best place," said Chris Parish, California condor project director for the non-profit Peregrine Fund. "In some cases, the recent historic range is where they went extinct." Condors have adapted to the canyons and cliffs of northwestern Arizona and may never fly across the distances they once did, but Parish said recovery of a species doesn't necessarily mean restoring the past. "What we should be concerned with is whether we leave the environment in a way that these species can survive in the future," he said. "It's true extinction is part of the natural process, but it's becoming clear we played a role in the condors' decline. I'm not one to say we have to make it like it was, but we should make it like we want it in the future." 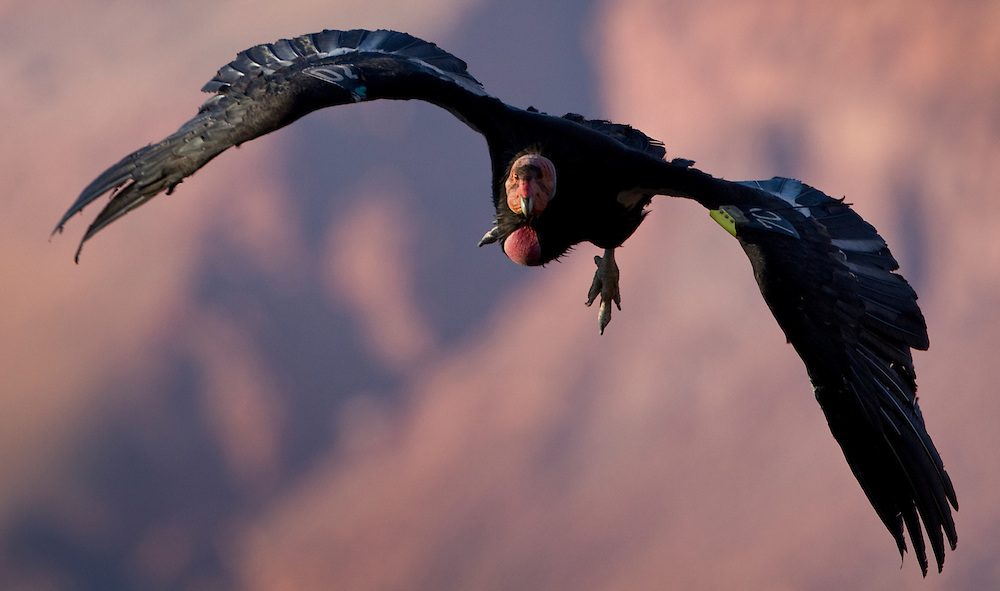