Tate Heinzerling, a Black and Associates Auctioneers Inc. ringman, spots a bid during the Western Americana High Noon's 21th Anniversary Auction. The 45 Eley Colt Single Action Army sold for $3,000.00. When the Colt Single Action Army revolver officially became Arizona's state gun on April 28, it was more than just a symbolic nod to the past. State lawmakers who promoted and passed the measure made it clear that firearms are a part of the contemporary Arizona lifestyle, not to mention the state's politics and economy, as well as its legends and lore. 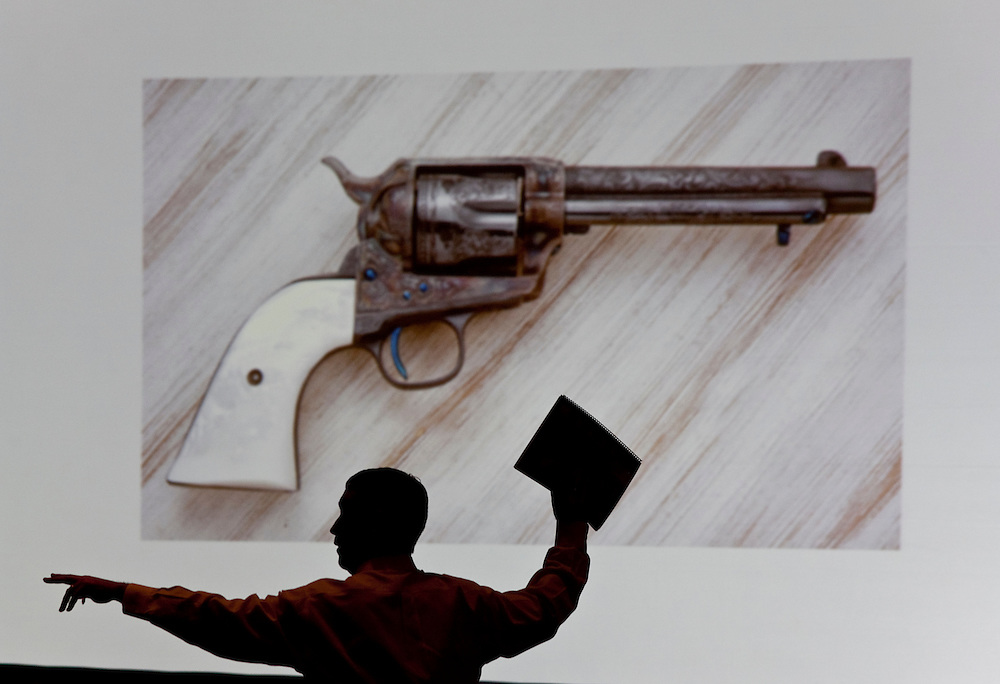