Richard Wilson waters his animals, August 13, 2019, at his home in Cochise, Arizona. Wilson’s well went dry and he is now hauling water to his property.

In a roundup of the year’s best environmental journalism, The New York Times singled out the unprecedented look at aquifer degradation in Arizona by Ian James, Rob O’Dell and Mark Henle. The Republic team analyzed water-level data for more than 33,000 wells throughout Arizona, including some records going back more than 100 years, and nearly 250,000 well-drilling records. The findings are alarming for anyone with an eye on Arizona's future. Groundwater is plummeting. Water levels in a quarter of the wells have dropped 100 feet or more since they were drilled. Some of the biggest users are probably large industrial farms that have moved into far-flung desert land in recent years. These big farms drill wells as deep as half a mile into the earth. Nearby, homeowners discover their own shallower wells are running dry. When that happens, there's nobody –– no regulator, no financier –– to help them. This project was the result of monumental reporting by Ian and Rob, who have been analyzing hundreds of thousands of data points and traveling to distant farms for months. It comes to life through the visuals of Mark, who found sources and stories of his own as he turned his lenses on the groundwater problem, along with our drone team. They managed to capture aerial imagery of every big industrial farm profiled -- even the ones that wouldn't talk. 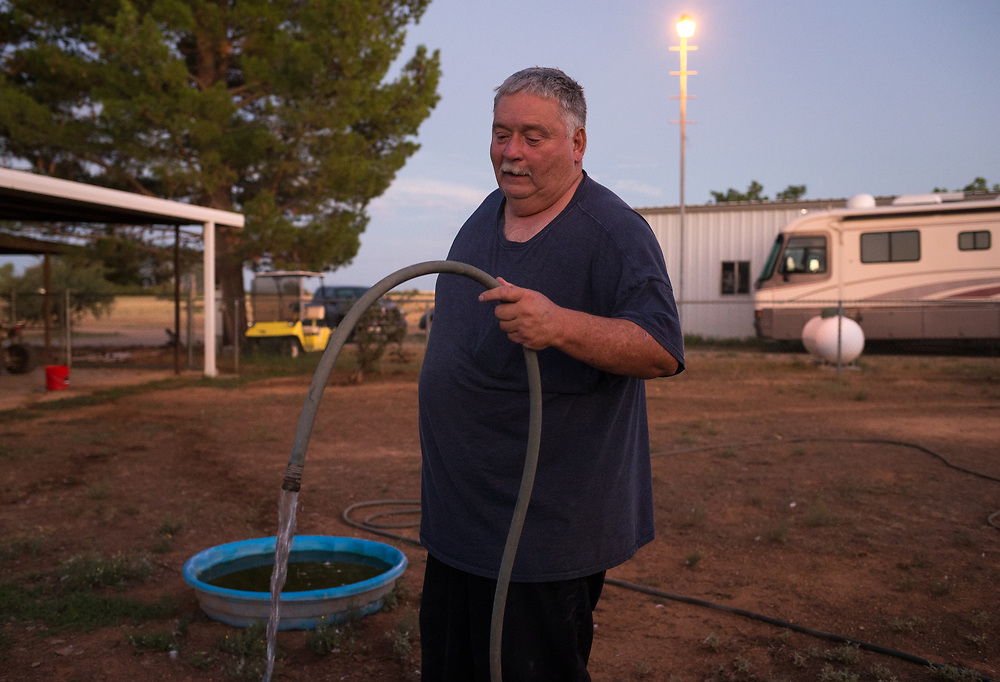